THE FUTURE OF FOOD: from the 11th annual Nelson Institute Earth Day Conference

Doug and I got married on Earth Day. This year we celebrated by attending the 11th annual Nelson Institute  Earth Day Conference on the topic of Hope and Renewal in the Time of the Apocalypse.

What really grabbed me was the panel discussion on The Future of Food, with the description: “Are we capable of feeding the 10-12 billion people expected to inhabit the Earth by the end of this century? What kinds of social arrangements and technologies will be required to sustainably produce food at a massive scale on a finite planet? This session grapples with those questions while considering how health and culture will be impacted by our choices.”

What I learned was very worrying.

First Panelist was Shawn Kaeppler, director of Wisconsin Crop Innovation Center and professor of agronomy at UW-Madison. He used corn to illustrate the challenges 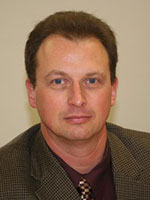 of feeding our future. He talked about the 12-15 year timeline from research discovering an improved corn to multiplying those improved kernels into enough seed to make that corn available to all.

“It’s a long cycle,” says Kaeppler. “The challenges are complex and immediate. The decisions being made right now determine what we will accomplish in 15 years from now and if we will be feeding the world in 2030.”

Next came Rosamond Naylor,  Director, The Center on Food Security and the Environment, Stanford University. She was looking beyond crop genetics to say The solutions to feeding the world don’t always lie in the agricultural area, often they lie in social issues.

She talked about malnutrition where there aren’t enough calories and where there are too many. It’s possible to be obese and malnourished by over-consuming carbs, fats, oils and sugars that have a lot of political entrenchment. There has been a lot of investment in technology that depends on the population over consuming carbs, fats, oils and sugars – and its spreading to developing countries too.

Irwin Goldman,  professor and chair of UW Horticulture Department focused on the legal questions. Creating new crops that can survive in the changing conditions created by climate change require having access to as much genetic potential as possible, but big corporations are tying up genetic diversity with patents.These patenting issues often end up in courts, and the by and large courts

The global seed industry has significantly consolidated in the last 20 years. Dupont and Dow are moving together. Syngenta and Chinachem are moving together and of course Bayer and Monsanto are moving together to form what will be three large multi-national companies that control more than 70% of the world’s seeds. These are significant concerns for us when you think about what restrictions might be imposed on those seeds.

Shauna Downs, a fellow of Johns Hopkins Berman Institute of Bioethics, spoke last. 159 million children under 5 in the world have stunted growth, including mental development because they don’t have enough to eat. 795 million people are hungry. Meanwhile, 2.1 billion people in the world are overweight or obese. 422 million have

Looking at food production in another light, contemporary food production accounts for 30% of greenhouse gas emission, and it uses 70% of the worlds fresh water and is a huge driver of biodiversity loss.

Downs pointed out that there is a simple, direct way to make food distribution more equitable and less destructive. This is something everyone of us can contribute to starting today. CUT DOWN ON MEAT.

If cattle were their own nation –

They would be the third largest greenhouse gas emitter after China an the U.S.

Cattle account for a third of all water use and 25% of all land use.

The global average meat consumption is 31 kg per capita per year. The average American consumes 124 kg each year, and what is scary is that developing countries want to emulate us and eat more and more meat.

Downs suggested that we in prosperous nations need to adopt a less meaty way of eating. It’s probably the easiest and most consequential way most of us can make a difference.

Then the panel was done.

They had brought up many crucial topics, but no one had mentioned the role of organic and sustainable farming in feeding the world.

In the question session. I asked about organic farming as a way to feed people well and divert the world’s soil from being degraded and washed away – as it is being right now through the actions of Big Ag.

I did not get a good answer, but I did get a lot of feedback after the panel from others in the audience who wondered the same thing.

Still, Doug, who attended a concurrent panel session on The End of Extinction, and I felt it was an anniversary well spent.